New Fiat 500s will be asymmetrical 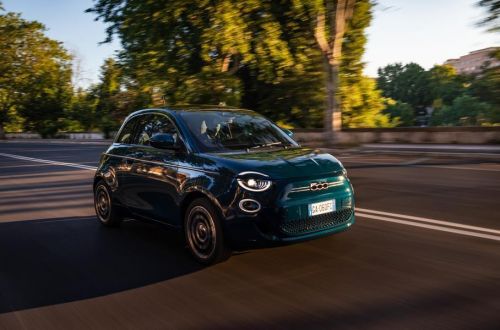 The electric Fiat 500 will have a new asymmetrical design with an additional passenger door that opens against the direction of travel. On the left-hand drive version, the door will be installed on the starboard side, and on the right-hand drive version - on the left.

So far, the 500e can be bought in Europe as a hatchback (three doors) and a convertible (two doors). But already this month, the Europeans will be offered a third option - asymmetric, with an additional door for the second-row passenger. Moreover, the fourth door will open against the direction of travel, so that the car will still not have a central pillar. According to AutomotiveNews, the premiere of the novelty, which is likely to be called Trepiuno, will take place in mid-October.

Other automakers have used a similar configuration. For example, the Mazda RX-8 had additional rearward-swinging passenger doors, and Fiat did this on the previous generation Strada pickup.

The next-generation electric Fiat 500 debuted in June this year. It is built on a fully electric platform, and the electric car is driven by a 120-horsepower electric motor, which powers a battery with a capacity of 42 kilowatt-hours. The power reserve on the WLTP cycle is 320 kilometers. In Italy, prices start at 34,900 euros